Can you see the rope?

You are not worthy then.

But if you could see it, would you climb up thru that hole in the sky? 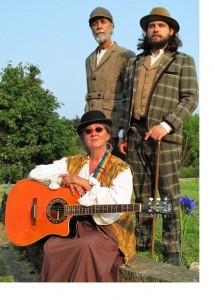 Our bold and imaginative take on this little known ancient, local (Lekwungen) legend is a reminder of the eternal weirdness of this island.

On Gnocan Hill, near the portage inlet, two sisters once came from the Gorge to harvest wild onions. “… this was in the days no more remembered, when the heavens were nearer earth, and the gods were more familiar…” One night they lay awake, looking up at the bright stars overhead, thinking of their lovers…” (Robert Brown) and discussing which star they would most like to marry. The stars they most preferred heard them, took them up into the sky that night, and married them in the morning.

And so the women lived with their star husbands for many years. But at long last they longed for the world they had left behind. And so they wove a rope of cedar bark, dug a hole thru the sky, and slid back to Earth, down the rope. They never remarried after returning to the Gorge, but became famed medicine women: remaining faithful to the little people they had married in the sky

The cedar rope still hangs over Gnocan hill; but only a man who is pure of heart and body can see it, and climb up thru that hole.